Test cricket around the globe Before the Pakistan team set foot on English soil, Mohammad Amir was one of the most trending things. The entire cricket fraternity had really mixed views about how he was going to perform and what this Test series meant to him. However, it was Yasir Shah that stole the show in the very first match of the series at the fabulous Lord’s Cricket Ground. The leg spinner was responsible for dismantling the English team piece by piece, taking 10 wickets in the process. Misbah-ul-Haq, on the other hand, led the batting from the front. He made a brilliant hundred in the second innings which he celebrated in a peculiar manner by doing push ups. The winning team performed an army style gig which the England captain Alaistar Cook took to heart and vowed to return strongly. And boy, they returned strongly!

England crushed Pakistan in the second test at Manchester. Yasir Shah, the star performer of the first match, couldn’t get his groove this time around and England were allowed to set a mammoth total of 589 before declaring their first innings. Joe Root scored a scintillating double hundred (264). He played shots at will and pounded the bowlers all around the ground. When they got to bat, Pakistan were mercilessly blown away by the English bowlers. Despite a huge lead Cook didn’t enforce the follow on Pakistan as Cook wanted to show that he too could play briskly as he raced away to 50 in no time and the centurion from the first innings also joined in the action. Pakistan got a target of 560 but they were all out for 234. England won by 350 runs setting up a nice comeback in the tour.
It will be quite interesting to see the outcome of next 2 matches as there is a lot at stake for both the teams.

India dispatched an inexperienced West Indies side quite comfortably in the first test of the tour. Well, to be honest, calling West Indies’ team inexperienced is an understatement as the five front line bowlers they possess, have accounted for merely 118 wickets between them. On the contrary Ishant Sharma alone has 202 wickets.
Nonetheless, batting first, India posted 556 runs on the scoreboard. Carrying on the form he has displayed throughout the year, Virat Kohli scored his first double century. He attacked the bowlers and played all around the park. Even R. Ashwin managed to get a fine hundred. West Indies, on the other hand, got all out for 243 in their first innings. It was great to see two Indian pacers, Shami and Yadav getting 4 wickets each. Virat enforced a follow on West Indies’ sorry state of affairs, adding to their misery. In the second innings, Ashwin’s 7-wicket haul saw West Indies collapse at 231.
The second match in the series has begun and things are not looking great for West Indies yet. Virat Kohli is looking to pull off a white wash here.

Despite the fact that Sri Lankans were bowled out for a measly 117 in the first innings, the heroics of their bowlers took them out of their predicament. Herath and the new chinaman bowler Lakshan Sandakan got 4 wickets apiece and Australia was bowled out for 203. Australia had a slender but optimum lead from where they could have still gone on to dominate the match. But Kusal Silva had other plans. He made the perfect century a 21 year old may need to boost up his confidence. Under pressure he toiled hard at the initial stages but later got into his own and amassed 177 runs. Sri Lanka finished on 353, giving Australia a target of 269 runs- a target very challenging, considering the conditions and the spin available. And deja vu, Australia was blown away by Herath and Sandakan. 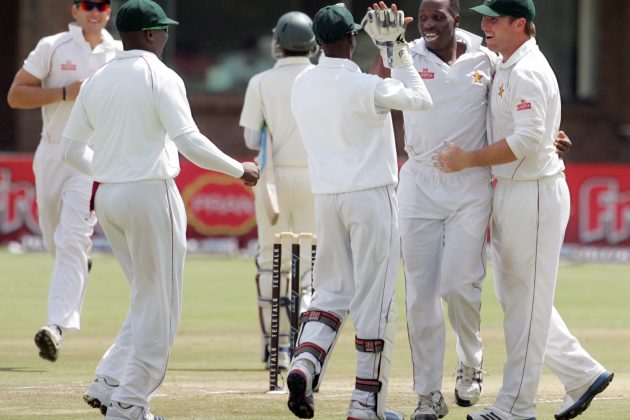 Zimbabwe cricket is crumbling and we all know that. If nothing else, this New Zealand tour will be a test of their resilience and patience. The chances of Zimbabwe winning a test match in this tournament are slender to nil considering the presence of world class fast bowlers and batsmen in New Zealand’s team. Which is why, even if Zimbabwe manage to win even a day or 2-3 sessions in a row it would be appreciable at this stage.

No doubt this period is a test match bonanza at its best. Some dominating cricket and while some matches going down to a fight – this is the beauty of test cricket. The game changes every session. Who says test cricket is boring? When you have so much action on the field, it is extremely hard to concentrate on anything off the field.